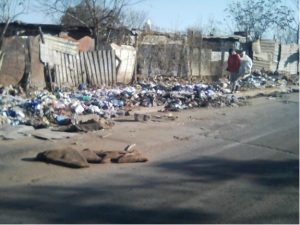 Illegal dumping, sewage waste and water spillage are just some of the factors that has been contributing to the terrible state Boundary Road has become over the past few years.

No Service in Service Delivery
by Beverly Snaatjie

This busy back road of Eldorado Park is the main road used by people traveling to and from Kliptown and Soweto from Eldorado Park, Lenasia and other surrounding areas but has now become a nightmare for motorists.
It is also one of the main bus and taxi routes frequently traveled by commuters as well as Heavy Duty Freight vehicles traveling long distances. 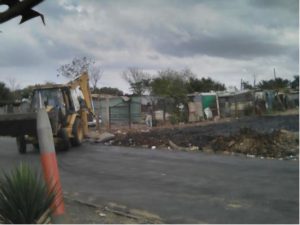 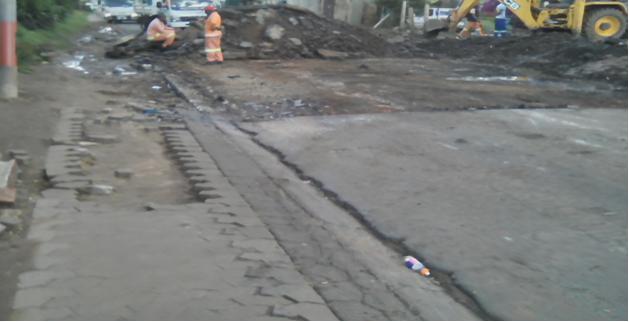 During the past few years criminal activities have increased with vandals stealing cables from streetlights, trenches made along the road in search for underground cables and the illegal connection of electricity from the extension 7 and 8 areas. 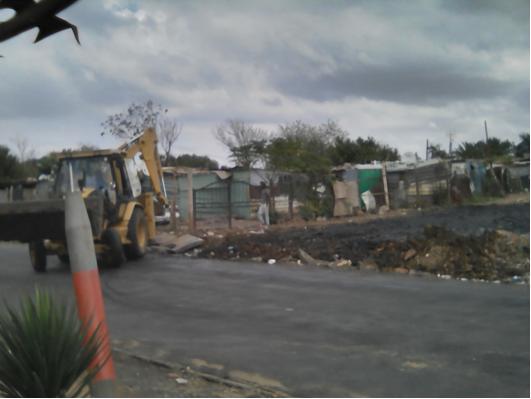 Due to street lights not working for years, residents have seen a spate of countless robberies early morning hours and after sunset when passengers get off at various stops along the road. Apart from robberies, accidents are also prone to happen as the road itself has become hazardous for vehicles with potholes created by water and refuse spillage. The Johannesburg Roads agency (JRA) attempted fixing this road numerous times, but the problem persists as refuse keep piling up and water waste are continuously strewn along the road.

In the past Kliptown residents took to the streets and protested due to refuse not being collected regularly and upon query residents were informed that a contractor is was responsible to clean the space. Days later contractors came and cleaned the area and the very next day refuse started piling up again. 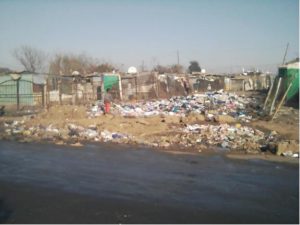 Requests were made that bins or an alternative solution be found to keep the area clean and keep Kliptown residents from dumping along this road but it seems like these pleas keep falling on deaf ears. Again the response form authorities were that once the electrification process (that is currently still underway) has been completed then only the entire Kliptown will see further development.

So what happens in the meantime? Do we just let days and months pass by and wait until that project has been completed before cleaning refuse will be made a priority? Two weeks ago Kliptown residents took to the streets once again over the same issue and there seem to be no matter of urgency for refuse to be removed. Pikitup officials eventually replied saying that Boundary road is on the Wednesday Clean-up schedule but due to protests and other unforeseen events they were unable to perform any duties. 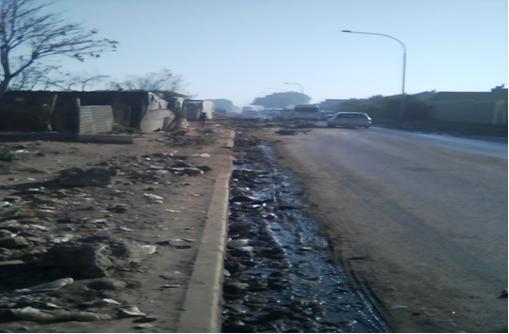 Not only is the issue of illegal dumping a hazardous problem but it is a breeding place for pests spreading unhealthy illnesses to our community. Flava In Yo Ear